Does Microsoft Teams Work on a Mac?

Using Teams on a Mac is not only possible, but is also straightforward and intuitive. This article is for Mac users who may not have been aware that the collaboration, community connectivity, and power of MS Teams are easily accessible on a Mac. This article will demonstrate how to download MS Teams for Mac and describe user access choices ranging from guest logins to the feature-rich MS Office 365 subscription option.

Get the Free Version of Microsoft Teams

Microsoft Teams comes as a free option on the Microsoft signup webpage. You must have already signed up for a Microsoft.com account, which gives you access to just about every Microsoft service from Outlook email to the OneDrive 5GB free cloud storage. Learn about options for MacOS here.

If you already have an account, you can get a quick download of Teams for your home computer or mobile device on the Teams download page. On the signup page, you can opt for the student, friends and family, or work version of Teams. The installation process is quick and intuitive, and its .PKG file automatically starts the installation. Once installed, the Mac Teams app is identical to the Windows interface.

The free version comes with unlimited chat with friends and family. Its business options include group calling for 100 participants for up to 60 minutes. Groups can use Teams to plan, assign tasks, and gain consensus through a polling feature. Also, MS Teams for Mac is secure and comes with data encryption for files stored in the OneDrive cloud.

Go for the Gusto With Microsoft 365 Personal for Mac

Microsoft Teams is included with the personal version of Microsoft 365. Included in the package are the full-featured Office apps (Word, Excel, etc.), including Outlook, Skype, and ad-free email. For $6.99 a month (or $69.99 a year), you can use a one-person high-powered version of Microsoft Teams with access to group calling for up to 30 hours with 300 participants. This plan also includes 1TB of cloud storage backup.

For $9.99 a month (or $99.99 a year and a one-month free trial), this plan has everything the one-person option has, plus 1TB cloud storage per person. It also includes the Premium version of the Microsoft Family Safety mobile app for US, UK, AUS, and CA clients with active location permissions.

A free version of Microsoft Teams is available through the link on the Microsoft Teams webpage. The free version has unlimited group meetings for up to one hour, with up to 100 participants at each meeting. Each user gets 5GB of free cloud storage, unlimited chat with customers and coworkers as well as encrypted file sharing, task assignments and polling. Meetings, chats, and calls are also encrypted.

For $4.00 per user/month, businesses can have an unlimited number of group meetings for up to 30 hours with a maximum of 300 participants. Each user gets 10 GB of cloud storage with 24/7 phone and web support. The only Office app included is Microsoft Teams.

Beginning with the $5.00 per user, per month Microsoft 365 Business Basic plan, Microsoft Teams is included in each Microsoft 365 business package. Each plan requires an annual commitment, but includes a “try free for one month” option. Mac users need to pay special attention to the office apps included in the standard and business premium plans. Microsoft Access and Publisher won’t work on a Mac.

Microsoft Teams for iPhone and iPad

Microsoft Teams is also available as a mobile app for users on the go. It is available for iPhones and iPads from Apple’s App Store. With the mobile version of Microsoft Teams, you can chat with an individual team member and exchange files through the bottom toolbar under the message field.

For more details and screenshots on how to use the iPhone/iPad mobile Teams app, see this TechRepublic web page.

How to create/set up a meeting in Microsoft Teams

How to Join a Teams Meeting

You can join a Teams meeting from the app if you have an invitation. Open the app and select the Calendar on the left panel, then, after selecting or blurring your background, select Join before the meeting starts or during its current progress. See the video on this Microsoft support page for a handy demo.

You can also join a Teams meeting scheduled on the web. You will receive an email invitation and select “Click here to join the meeting.” You’ll have the option to use your installed Teams app, continue on the browser, or download the Windows Teams app. You’ll be prompted to enter your name and to choose your audio and video settings. Select “Join now” and go from there.

How to Use Microsoft Teams on M1 Macs

We have already covered the challenges of running Windows apps on the Macs with M1 silicone chips. With Microsoft Teams, the saga continues. As of this writing, there is no native version of Microsoft Teams for the new M1 Macs. The good news is that Microsoft Office applications for Mac still work, but Microsoft Teams only works on the older Intel Macs.

Microsoft will probably release an optimized version of Teams for M1 Macs, but there are some workarounds for MacOS versions—Catalina, Big Sur, and macOS 12 Monterey. Below are three workarounds Mac M1 users can employ to load Microsoft Teams for the first time:

Rosetta is a free tool in MacOS and allows Intel apps to work on M1 Macs. Rosetta automatically installs itself on the M1 Mac when it detects an Intel app. Mac users report that the M1 Mac runs Teams even faster with Rosetta.

2. Use the Microsoft Edge Browser

To use the browser M1, the Mac version of MS Teams, download and install Microsoft Edge for Mac. Choose the “Mac with Apple Chip” option. Next, sign into your Teams Account and click on the three dots (…) in the top upper-right corner of the page. On the drop-down menu, select Apps/Install this Site as an app. Completing those steps allows you to select Microsoft Teams from the Apps dropdown menu on the Edge Browser and run Teams on your M1 Mac.

Microsoft Teams can work with other browsers as a web app on M1 Macs with Safari, Firefox and Chrome. However, using the Microsoft Edge Browser is recommended by most because of compatibility between the two Microsoft products. Nevertheless, using another web app can be useful when receiving an online invitation to join a meeting and bypassing the option of downloading the Windows client.

You can, instead, choose the option to “join on the web” without the hassle of worrying about M1 compatibility. There are some limitations, according to Microsoft, when choosing to use another web browser. For example, with another web browser, users cannot:

Yes, Microsoft Teams works great on a Mac. Microsoft Teams is a prominent feature of MS Office 365 offerings for both individual and business platforms. The Teams app is available for free download, but you’ll have to have a Microsoft.com account.

You can join a Teams meeting either through an email invitation and link to the Teams website or via the Teams App calendar. You don’t have to have the Teams app installed to join a meeting, and you’ll be given the option to participate in the meeting on the web browser. 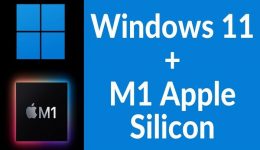 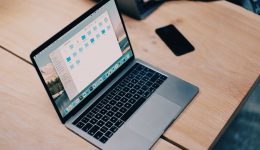 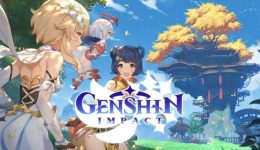 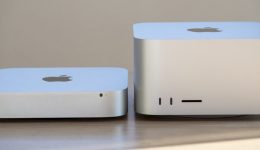 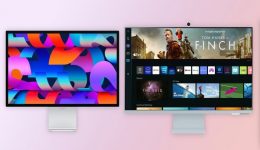 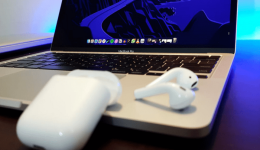 I am a tech columnist and blogger by trade, but I'm also an avid tennis player. In my spare time, I enjoy reviewing gadgets and gizmos from the world of tech. A lot has changed in the field since I started out as a writer back in 2009, so it's always exciting to keep up with all that's new. To me, there's nothing quite like getting my hands on a brand-new gadget or piece of software for the first time -- it's like Christmas morning every day!

Where Does Spotify Store Offline Music on a Mac?