With the new year fast approaching, details about the latest OnePlus smartphone are starting to trickle in. Here is our OnePlus 9 preview

With the OnePlus 8T launching back in October, there may be a while before the next big release. However, the Chinese manufacturer has stated that the OnePlus 9 is scheduled for release in April 2021. Recently, there have been reports that suggest this date is no longer correct. We believe that OnePlus 9 release will be mid-March 2021 in order to compete with Samsung’s new releases.

Although there is no word on its pricing, we can make an educated guess at the price of the OnePlus 9 by taking a look at the company’s previous releases.

It is expected that the OnePlus 9 will release somewhere within the same price brackets. It’s worth mentioning, however, that with the release of the Nord series, which is aimed at being more of a budget option, there is no longer a need to try and make the latest in the OnePlus series affordable. Although we’ve seen both Samsung and Apple break the $1000 barrier with some of their recent releases, we can still expect the price of the OnePlus to be competitive.

Now let’s get to the juicy stuff. As of the time of writing, there have been several leaks about the upcoming OnePlus 9. The first of which was the release date, which we have already covered. There have even been whispers that we may be seeing the OnePlus 9 as early as February, but we would take that with a pinch of salt.

Specs: The OnePlus 9 is said to be powered by an Octa-Core (3.1GH) Qualcomm Snapdragon 865 Plus processor. Other rumors state that the OnePlus 9 will have a dual-sim slot capable of housing two Nano sims, 8GB of RAM and 128GB (non-expandable) internal storage.

Camera, screen, and battery: Sources say that the OnePlus 9 will boast a 32 MP front camera, which will be a simple hole-punch straight at the top of the device, moving away from the left-positioned camera of the OnePlus 8. The triple rear camera will be 64 MP + 16 MP + 8 MP and capable of HDR (high dynamic range), continuous shooting, face detection, touch focus and auto-flash.

Available colors: The OnePlus 9 might come in either black or gold.

Multiple models: It may come as a surprise that the Oneplus 9 will release with a variety of models. Of course, this is only a rumor at the moment, but sources indicate that there will be as many as five to choose between.

In short, what exactly this device will be, is still open to speculation, but many believe there will be an ‘Ultra’ version of the OnePlus 9. If you did deep enough, you can even find supposed photographs of these latest devices, but we are dubious of their authenticity.

If the rumours and leaks are to be believed, the OnePlus 9 will be a force to be reckoned with, exceeding the OnePlus 8 in all areas and at the same time as addressing any issues that were brought up with the older model. With its powerful processor setup and massive RAM, it is sure to come out of the gate swinging.

The impressive 32 MP front-facing camera is perfect for selfie lovers and the rear cameras are capable of delivering insanely detailed photographs from a distance.

If it’s the battery life that you’re concerned about, then you will likely be interested in this phone, as its 5000 mAh battery utilizes warp charging technology and will keep it going for prolonged periods between charges.

Perhaps the only slight drawback would be that despite the base model coming with a whopping 128 GB of internal storage, the fact that it is not expandable may be a turn off for some. Overall, the OnePlus 9 is certainly one to keep an eye on in the coming months.

Hopefully, this article has helped you to make an informed decision on whether the OnePlus 9 is for you, and if so, has left you as excited to get your hands on it as we are.

That’s our OnePlus 9 preview! what do you think? Let us know in the comments below. 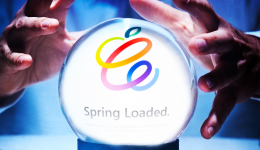 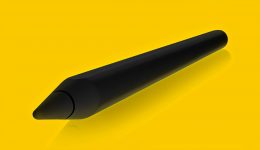 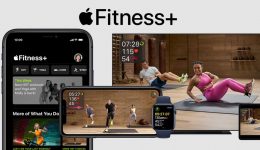 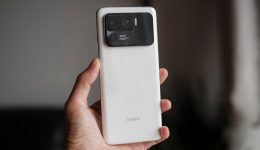 How to Hard Reset All the iPhone 12 Models