Norton AntiVirus is one of the oldest and best known antivirus products available. It has its origins as Symantec Antivirus for Macintosh (SAM) which was released in May 1989. In August 1990, Symantec purchased Peter Norton Computing from Peter Norton. The first version of Norton AntiVirus was released in 1991, featuring Mr. Norton wearing his pink shirt on retail box cover.

Norton AntiVirus 12 for Mac is the basic version of the software. There is also Norton Internet Security for Mac, which is a more complete suite for software. The product reviewed in this article does not include a firewall or protection againstidentity theft.

The Norton AntiVirus 12 for Mac interface is very simple and easy to use. This is a good change from the past where Symantec have designed cluttered interfaces. The summary window tells you which automatic protection settings are turned on, and gives you an overview of attacks blocked, when updates were last run, and also provides 3 options for virus scanning. All of this is clear and easy to use without needing instructions.

The Norton AntiVirus software is accessible using a menubar icon called Norton QuickMenu which appears after the software has been installed. From there you can access the summary window, perform a scan, turn off the antivirus protection and also update the software. Norton  QuickMenu can be turned off in System Preferences.

The first problem I encountered was that the virus protection was not enabled. When trying to enable it, I was greeted to the Norton AntiVirus experience with an error message. The scan engine needs to be downloaded separately to the program in order for the virus protection to work. After LiveUpdate had been run, the protection turned on and it all worked as expected. In a future version I hope that Symantec resolve this problem and make the process of enabling virus protection more streamlined and transparent.

In this review, I will provide an overview of the features provided by Norton AntiVirus 12 for Mac. A 30-day trial is offered for free download on the Symantec website. The software is quick to install, using only 24.8MB of disk space. However once it’s downloaded, you need to update it. The LiveUpdate software downloaded over 200MB of updates. As far as I know, the bulk of this was the scan engine required for the virus protection to work.

The software appears to use 5 processes, ‘SymDaemon’ which runs in the background and uses more than 400MB of memory, and the Norton AntiVirus and LiveUpdate apps. There are also processes called SymUIAgent and SymSharedSettingsd. During a full system scan, the Daemon process uses as much as 95% CPU load – the lowest I saw it at was around 50%.

Three options are available: Quick Scan, System Scan and File Scan. A full system scan took longer than I thought, and CPU usage spiked during the scan. If you’re using an older Mac or one with a low amount of memory, you might want to consider either upgrading your hardware or using a different antivirus that uses less resources. There are various options for virus protection, including automatic repair, compressed file scanning, external disk scanning and automatic file scanning. The Vulnerability Protection feature monitors your Internet connection for attempts to access your Mac and its information without your knowledge or permission. The settings for this feature allow you to enable/disable signatures, and more information can be found on the Symantec website about each attack signature.

Do you need antivirus on the Mac?

This is a topic of much debate and nobody really has a definite answer. In most cases, it’s up to you. If you don’t mind having an extra piece of software running in the background and if you’d like the peace of mind, then go for it – it’s not going to harm you. On the other hand, there are very few viruses for the Mac and I’ve been using Mac OS X since it first came out in 2001 and I’ve never been infected with a virus. However, if you want to stop Windows viruses spreading via your Mac, having an antivirus installed might help.

According to AV Comparatives, it is a “misguided conclusion” for a Mac user to feel they don’t need antivirus software. The recent spread of Mac trojans has caused an increase in Mac antivirus sales.  According to their report, “The largest single case was the Flashback‐Botnet, which affected over half a million Macs at the beginning of 2012.”

Norton AntiVirus for Mac is a basic but certainly useful antivirus program for your Mac. It is easy to install, configure and use. My main concern is the amount of memory the software uses, and also the high CPU usage when the software is performing a scan. Both of these issues may hinder your system performance while the Norton software is being used. For the price, the software offers a reasonable level of protection and features, but it is not a full security suite. If you want more features, you’d need to consider Norton Internet Security for Mac.

Symantec does distribute a free alternative, which is not called Norton. iAntivirus is a Symantec product that offers free Mac antivirus protection. It does not block hackers for gaining access to your Mac through vulnerable applications, nor does it have idle scanning (both features included in Norton AntiVirus 12 for Mac). More information can be found at the iAntivirus website. 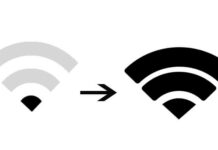 macOS 11 Big Sur: What We Know So Far

Bambang soemedhi - October 30, 2020
0
Apple delivered the macOS Big Sur 11.01 beta for testing purposes among developers. It’s a replacement for the...