Back in 2016, Apple first debuted its TV app after months of relentless rumors. The release of the TV app marked Apple’s interest in creating its own TV ecosystem. The TV app has been through several major software updates, making it an ideal tool of entertainment for Apple fans.

Apple today unveiled a big change to its TV app that brings about support for the highly-anticipated Apple TV Plus movie streaming service. Apple says that the TV app is now live on all Apple devices, including iPhone, iPad, and Apple TV. Here, we have rounded up everything you need to know about the new Apple TV app.

One of the highlights of the new Apple TV app is a dedicated Kids section, which includes a slew of handpicked shows and movies for kids of all ages. To be honest, this is my favorite Apple TV app feature as I now can decide what movies my kids might enjoy, thus preventing them from accessing exotic content.

The UI is simple and intuitive, making it easy for kids to navigate to their shows and movies they might be interested in. We have heard rumors that Apple has been in talks with Disney to bring more kid content to its Apple TV Plus service. However, this seems to surprise us as Disney has been working on its own movie-streaming service called Disney Plus, which is set to be Apple TV Plus main rival.

The Kids section is a great addition to the Apple TV app you should check out. All the content for your kids is well-editorialized and categorized. Unlike YouTube where a video that looks like a kid show or movie could end up being something completely inappropriate, this is 100% safe for your children to watch.

The new TV app retains the Movies and TV Shows section from the previous version. However, Apple redesigned the UI, making it more intuitive and visually appealing. Here, you will find all your movies and TV shows, not only from iTunes but also from any video service that integrates with the Apple TV app.

Apple has been working on its original content for its upcoming Apple TV Plus service. The Cupertino firm confirmed that it now has over 12 shows in the works from Hollywood creators like Steven Spielberg, J.J. Abrams, and M. Night Shyamalan.

Channels are another big thing about the Apple TV app. With Channels, you can watch popular content from big names like HBO, Showtime, and Starz. This means that you will be able to download and watch Games of Throne offline.

The Sports section has been revamped to make it better and smarter. From now on, you can keep up with all the live sports events worldwide. To be honest, I’d love to see a news section here that gathers all the latest news and video content from the stock News app.

Library also gets a UI redesign and now includes everything you have purchased from iTunes. However, I expect that Library stores all my videos, music, and books I have on my local machine.

Apple revamped the UI within the Apple TV app, making it more visually appealing. Tabs now appear as floating capsules rather than a bunch of anchored bars. Apple also removed the sidebar found in iTunes, making navigating to your favorite content much easier.

The Watch Now section is now your home screen where you can find everything you might be interested in without having to scroll endlessly through tons of stuff. This is something we have already seen on Netflix.

There is now a new way to navigate. All you need to do is to say “Siri, show me what’s up next” and Siri will take you to a new portal that includes everything you have been watching recently. It may be something you started but you have not finished or a film you have tagged to watch later in iTunes.

How to access Apple TV app on non-Apple devices?

Apple says that its new Apple TV service will be available on Samsung TVs later this year. Plus, AirPlay 2 will support Android and smart TVs, meaning that you can mirror your iPhone screen on your Samsung TV.

Sources say that users of LG, FireTV, and Roku will get Apple TV service this year. However, you won’t be getting the same experience as you will be able to access your iTunes library and Channels only.

The Apple TV app is a great app that satisfies our needs ahead of the Apple TV Plus launch. However, it’s early to tell if it can challenge Netflix or not. We have to wait and see. 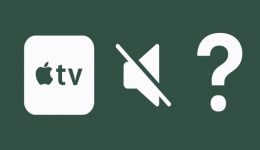 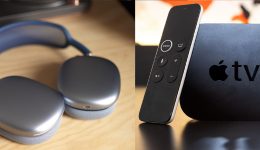 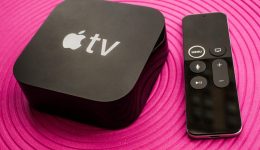 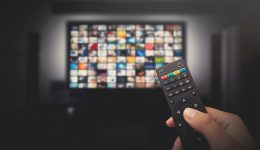 How to clean your Apple AirPods properly