So you’re thinking about buying a MacBook Pro and you’re wondering what it’s like to play games on it. You probably already know that a MacBook Pro is not a gaming machine, but can it at least run some old-school games?

What about the M1 MacBook Pro? If you’re a casual gamer, continue reading this article to learn everything you need to know about gaming on the latest MacBook Pro.

Back in the day, MacBooks were never considered gaming machines. Older MacBooks not only had limited hardware but also operating system compatibility issues, which would make gaming on a Mac a very frustrating experience.

Are MacBook Pros Good for Gaming?

Granted, the M1 graphics processing power is much better than Intel’s integrated graphics, but it’s still nowhere near gaming-PC levels.

But what type of gaming performance can you expect?

It’s important to remember that there are currently two versions of the MacBook Pro: Intel and M1. The M1 uses Apple’s brand new Silicone chip that offers vastly improved speeds (when compared to the Intel versions) but runs on a different architecture and design.

It wouldn’t be fair to say the Intel MacBooks are slow, even the older i5s are relatively fast. Bear in mind, the larger MacBook Pros (16″) use the latest Intel Core i9 CPUs, while the smaller models (13″) either have Intel Core i5 CPUs or the M1 chip.

However, when it comes to performance, the M1 beats the Intel versions, even the latest i9 CPU, on most benchmarks, including video game performance.

To summarize, if you want the best performance, I would go with a MacBook Pro M1. The good news is the M1 offers better performance and it’s cheaper too, so it’s a better overall deal.

Let’s take a quick look at how the Intel MacBook Pro runs games.

Gaming on an Intel MacBook Pro:

There are many different versions of the Intel MacBook Pro, but since they all use similar components, the gaming benchmarks are similar too. The most recent 13″ Intel MacBook Pros (2018-2019) use Intel Iris Plus Graphics 655.

Naturally, even the integrated chips on these modern CPUs can’t handle modern games at a reasonable frame rate. Nevertheless, some older titles are playable. I’ll show you some examples in the next section.

The base Intel model uses a 10th-gen i5 CPU with the option to upgrade to an i7. You can also upgrade from 16 GB of RAM to 32 GB. Upgrading the processor and RAM can slightly improve the frame rate in games, but not by much. However, it can help with other tasks like editing high-resolution videos or detailed Photoshop projects.

There are also other factors that can affect video game performance. You need to consider the RAM (total amount and speed), the type of storage, how many background apps are open, compatibility (more on this later), and whatnot.

So how well do games run? Remember, most of the Intel MacBook 13″ models use Intel Iris Plus Graphics 655.

Here are some 1080P benchmarks:

While more games are compatible with the Intel Macs, they don’t run well at all. The bottom line is gaming on an Intel MacBook Pro is not a good idea. It’s a very frustrating experience.

The good news is most programs (and games) are designed for Intel, so Intel MacBooks don’t have as many compatibility issues. But there are some things you need to know.

Very old games can run okay on MBP integrated graphics, but most of those games run on 32-bit architecture. Unfortunately, Apple has dropped native support for 32-bit games and applications on their most recent Mac OS update.

On Intel Macs, it’s easier to run 32-bit games. There are a few ways to do this:

Since Apple doesn’t officially support 32-bit applications, you need to run them in a virtual environment using one of the tools mentioned earlier.

The problem is some games do not work well in those environments. Most games can rarely achieve a playable frame rate, especially on the Intel MacBook Pros. It’s a bit of a hassle to get an old-school game to run on a Mac.

The good news is most 64-bit games (almost every game made in the last decade) can run on an Intel MacBook. Of course, even if the game can open, it doesn’t mean you will get a playable frame rate. The process is even more complicated on the M1 versions of MacBooks.

Gaming on an M1 MacBook Pro:

As I mentioned earlier, the M1 MacBook Pro offers much better performance than the Intel versions. Apple made some incredible claims about their new M1 chip and so far they seem to be accurate. The M1 is not only faster but it’s also cheaper and uses less power.

What is the Apple’s Silicon M1?

Without getting too technical, the M1 groups all the major components of a computer into one silicon chip. For example, the RAM, CPU, and GPU, are all in one location and sharing data.

These designs are often called “Systems on a Chip” because it contains all of the main computer components. One interesting point of the M1 chip is the unified memory architecture (UMA).

With unified memory architecture, the CPU and GPU can access the memory at the same time, much faster than with traditional computers. It’s one of the reasons the M1 chips are so fast.

Let’s move on to the gaming performance.

So you want to know what type of performance you can expect from the M1 MacBook Pro. I was quite surprised to discover that Apple Silicon devices can run quite a few modern titles at 1080P at reasonable frame rates.

Before I get into the benchmarks, it’s important to keep in mind that most of these games run on Rosetta 2 which is an emulator. There are not many games that run natively on the M1 MacBooks, besides games from the Apple store and a handful of other games.

Almost every game will require an emulator, and it seems like Rosetta 2 and CrossOver are the best for gaming on an M1 MacBook Pro.

Counter-Strike Global Offensive can run on an M1 MacBook Pro via Steam and Rosetta 2 at 1080P, medium settings, with an average of 50 – 80 FPS. It’s playable but probably not good enough for competitive matches.

At the moment, Call of Duty Warzone doesn’t run on M1 MacBook Pros, even with CrossOver or Parallels.

Currently, GTA V can not run on MacBook M1 Pro because Rockstar’s Social Club is not compatible with virtualization software. However, unofficial copies of the game can run on CrossOver with 1080P, medium settings, and 50-60 FPS.

League of Legends can run on the highest resolution (2560×1600) and maximum settings with a stable 60 FPS. It runs via Rosetta 2 and the Riot Games Launcher. I was honestly surprised that League of Legends ran so well.

Minecraft Java edition can run with absolutely no issues on the M1 MacBook Pro. You can expect to get a stable 60 + FPS, on the native resolution and normal graphics, with a render distance of 12-chunks.

But before you dive into the games, there are some things you need to know.

As mentioned earlier, since the M1 is an entirely new chip with a new architecture (ARM) so it has more compatibility issues.

Here’s what you need to know:

When you attempt to run an x86 program (an app designed for Intel) for the first time on an M1 Mac, a notice will appear saying you need to install Rosetta 2 to open it. Rosetta 2 is a dynamic binary translator, also known as an emulator, that translates apps built for Intel. It’s not included in the default Mac Os apps, you need to install it.

With Rosetta 2, most non-native programs will be able to run on the new M1 MacBooks. The good news is Rosetta 2 runs in the background, and will only create a slight delay when opening an Intel app for the first time. Rosetta 2 can not only open games but also programs like Microsoft Office. As you saw earlier, most games run well on Rosetta 2.

You likely won’t even notice a program is running on Rosetta 2 unless you open the activity monitor. Even better, after the initial optimization, most apps run faster on Rosetta 2 with M1 than on Intel MacBooks.

While Rosetta 2 is Apple’s main free emulator for Intel apps, there are others too, some of which can offer improved performance. Another important point is the M1 MacBooks do not support Boot Camp like on Intel versions.

Sometimes apps will require a different emulator, the best one seems to be CrossOver, and it works for games too. Another notable mention is Parallels Desktop. Parallels Desktop creates a virtual machine on your Mac, where you can install Windows. However, it’s not free, although it does have a free trial period.

To summarize, if you’re planning to buy a new M1 MacBook Pro, you will be happy to know that it can run most lightweight games. Naturally, it’s not a gaming machine like the Gigabyte Aorus 17G and you can’t expect to reach 4K or higher resolutions at 60 FPS on the latest AAA games. Nevertheless, it can quite a lot of games, which is very impressive for such a thin and lightweight device.

When you consider that the M1 MacBook Pro is faster and cheaper than Intel versions, some of which have a dedicated GPU, it’s really quite impressive. Even more impressive, the M1 MacBook Pro also consumes less power too. For that reason, the thermals and battery life are even better than previous models. And there will be new Apple Silicon chips in the future!

So buying an M1 MacBook is definitely a good idea, it offers very good value for the money. I would avoid the Intel models.

Have you tried gaming on a MacBook Pro? Drop a comment with your thoughts.

Photo by Szabo Viktor on Unsplash 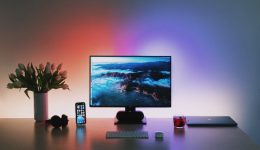 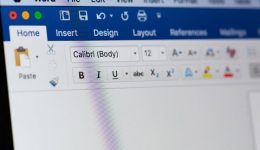 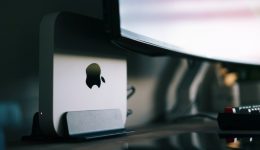 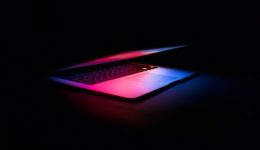 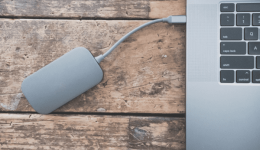 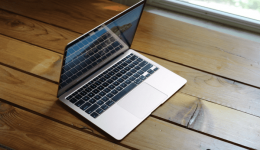 Can You Sleep with AirPods In?