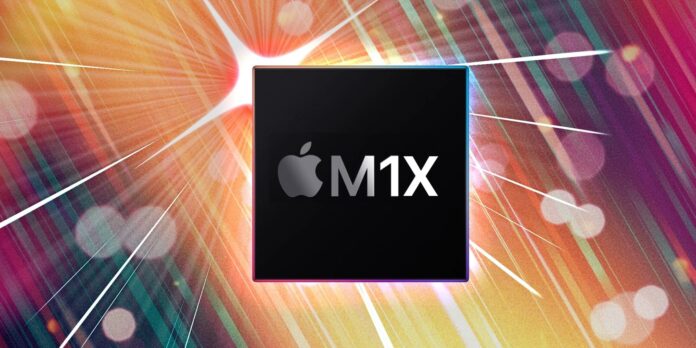 The M1 MacBooks has absolutely smashed the records set by any Intel-powered MacBook in terms of the performance while offering better efficiency and battery life. However, Apple doesn’t stop there! Recently, there are rumors of a new chip, the M1X, in the upcoming MacBook Pro. So, here is everything we know about the MacBook Pro 16-inch M1X chip.

Since the latest MacBook and Mac Mini both feature the M1 chip technology, Apple has reportedly been working on advancing its own chipset by creating the new M1X.

According to @LeaksApplePro the M1X, the next generation of the famous M1 chip, is set to debut in the new 16-inch MacBook Pro in 2021. Considering the 16-inch MacBook Pro is the flagship MacBook right now. So, it makes sense that Apple would use this opportunity to introduce an ever better chipset in this model.

Even though the 2020 M1 MacBooks already offer vastly-improved and impressive battery life. According to this leak, things are about to get even better now. “If you think M1 is fast, you haven’t seen M1X”.

The next 16-inch MacBook Pro will come with the new M1X processor that will be even more powerful than the current M1 present in the latest MacBook models. Apparently, Apple’s biggest improvement here is the upgrade in cores. While the M1 chip can offer amazing performance with only 8-cores, the M1X is said to come with 12-cores (8 performance-cores and 4 efficiency-cores).

However, we aren’t expecting any big design changes here because the current 16-inch MacBook Pro design is relatively new and doesn’t need any refreshing. On top of that, with the launch of the M1X, we might see double efficiency and battery life in the new Mac, just as it did with the 2020 M1 MacBook Pro and Air.

Mini-LED Screens in the Next MacBook & iPad Generation

According to Ming-Chi Kuo, an analyst at TF International Securities, Apple is moving across to mini-LED displays for their Mac models in 2021‌. He said that the product research and development for mini LED remain unaffected by the pandemic. Also, we predict that Apple is currently developing six mini-LED support products. Here is the list of the devices that are likely to get this Mini-LED screen upgrade:

What is a mini-LED Display?

Basically, the traditional LED-backlit displays can only have anywhere from several dozen to several hundred LEDs. And, as the name suggests, mini-LED means more space for more LEDs on your screen. Therefore, a mini-LED display can feature over a thousand full-array local dimming (FALD) zones. Here are some major advantages of the mini-LED tech:

On top of that, there are many rumors about Samsung’s new tablets with mini-LED displays coming this year. Meanwhile, MSI will also release a new notebook with the same display tech. So, there is no doubt that Apple will adopt the mini-LED display and add it to its new MacBook and iPad lineup.

Even though the iMac was mentioned here, it is still likely that Apple is planning to add the mini-LED display on this model in the near future as well.

Alongside the above leak, Ming-Chi Kuo also mentioned the M1X chip release date as the “second or third quarter of 2021“. Also, the upcoming models might include redesigned 14-inch and 16-inch MacBook Pro models. Plus, there are also many rumors about a new 24-inch iMac or a smaller version of the Mac Pro that may come out this year. But, since the 16-inch MacBook Pro was last updated in 2019, it makes sense that 2021 would be the year of change for this flagship model.

If the details about the number of cores are true, then this really is one hell of a chip. The only questions we have are whether the M1X name will come as rumored, and when it might arrive.

After all, if the M1X is really that powerful, Apple might want to pick a name that reflects the boost in its power. For the M1X release date, we believe it could be any time between January and October 2021, or even later this year given that the Covid-19 is still going on out there.

Let us know what you think about the new M1X chip in the comments!

Samsung Galaxy S21 Plus vs iPhone 12 Pro: Which Is Better?

How to Stream WandaVision for Free on Mac

2011 iMac Graphics Card Upgrade | How to

Samsung Galaxy S21 Plus vs iPhone 12 Pro: Which Is Better?

How to Stream WandaVision for Free on Mac

2011 iMac Graphics Card Upgrade | How to

MacBook Pro 16-inch M1X Chip: Everything We Know so Far