The M1 MacBook Air is one of the world’s best-selling laptops and Apple undoubtedly wants to keep that momentum. The MacBook Air has officially returned in 2022, sporting a brand new look and running on the company’s M2 chip.

The adoption of the new generation silicon chip makes the new Air one of the top picks for those who want a more powerful laptop with a sleek design without spending too much on a Pro model.

At WWDC 2022 event, the MacBook Pro also got a hardware refresh with the M2 chip under the hood, promising a huge performance boost over its predecessors. With the new Air and Pro both featuring the M2 chip, it’s hard to decide which one is right for you.

In fact, there are some significant differences between the two you need to know. With that in mind, let’s find out how they compare in the section below. It’s important to note that both devices will not be available until this July, so we have not had a chance to test them out yet. We will keep you posted with the actual benchmark results when we run our tests.

The M2 MacBook Air marks an increase in price compared to the current M1 model. The base model will start at $1,199, making it the first Apple Air laptop model that comes with the $1000 starting price tag. Reports say that the price rise is acceptable given that the M2 chip may cost more to build and the Covid 19 has impacted the global supply chains.

The M2 MacBook Pro has a starting price of $1,299 – that’s a $100 difference that separates the two. However, the base model of the Pro has 10-core GPUs while the Air counterpart sticks with 8 cores. The core difference might not be significant and only noticeable when it comes to video editing or high-res video importing.

The MacBook Air sports a new look with a thinner, non-wedge shape. It also comes in more color options, including silver, gray, starlight, and a dark blue-ish “midnight”. The device only weighs 2.7 pounds, slightly down from 2.8 pounds. Apple says that the overall design is 20 per cent smaller in volume than the MacBook Air M1.

The new 13-inch MacBook Pro is just the same as its predecessor, with Apple focusing on hardware upgrades only. This means it features the same screen and chassis and is stuck with the Touch Bar. To be honest, it seems an odd move from Apple as the company is sticking with a dated design on the new 13-inch Pro.

When it comes to connectivity ports, the new MacBook Air keeps things simple on the front, with two Thunderbolt/USB 4 ports on the left side. There’s also a MagSafe connector for charging on the left. A headphone jack is located on the right side, which is a cool feature for those who stick with wired headphones.

Both devices feature a beautiful display, with the Air’s panel being slightly larger at 13.6 inches compared to 13.3 inches for the Pro model. Both also have the same brightness of 500 nits and include support for 1 billion colors, wide color (P3), and True Tone. Neither model features the Mini-LED display technology which you will find on the more expensive 14-inch and 16-inch Pro models.

In short, both machines deliver a pleasing viewing experience, from watching YouTube, and Netflix to editing videos and photos. Choosing which one is the winner comes down to your personal preferences.

The new MacBook Air features an improved 1080p camera on the front, which is great for video calling on Skype or Facetime. Meanwhile, the 13-inch MacBook Pro comes with a 720p camera. We have not tested the cameras on both devices yet, but Apple says that the image quality will be improved on the Pro model thanks to the new M2 chip.

Speaking of the audio system, the new Air has a 4 camera setup that supports Spatial Audio and Dolby Atmos. The Pro model features the same 4 speakers that are located on both sides of the device.

We cannot say much about the performance yet. According to Apple, the M2 chip is 8% faster in CPU performance and 35% more powerful GPU than the M1. Both devices feature the same M2 chip, but the difference lies in the number of cores.

The base model of the MacBook Air has an 8-core GPU, while the Pro’s GPU starts at 10 cores. Both entry-level models come with 8G of RAM with the option to upgrade up to 24GB of unified memory. Of course, you can also upgrade the Air to get a 10-core GPU, but that will raise the total price to $1,499.

The new MacBook Air 2022 may be one of the top laptop recommendations this year, thanks to its new design, powerful hardware, good camera, and optimized macOS Ventura. The 13-inch MacBook Pro seems to be a slight upgrade over its 2020 model, with no exterior design change and a dated Touch Bar. ‘

The M2 seems powerful, but we need more time to put it through its paces. If you are looking for a new laptop this year, the new MacBook Air is Apple’s entry-level laptop you can buy. 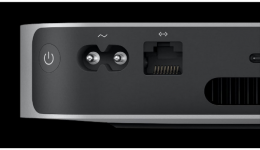 Google Pixel 6a vs. Apple iPhone SE 2022: Which Budget Phone to Buy?

How To Fix Mac Camera Not Working