So you’ve been eyeing the Mac Mini M1 and you’re curious about the gaming performance. Is the Mac Mini M1 good for gaming? Can it run any recent games or are you strictly limited to less demanding old-school titles?

What about thermals? When you’re done reading this article, you’ll know exactly what it’s like to play games on a Mac Mini M1.

Is The Mac Mini M1 Good for Gaming?

The Mac Mini M1 was not designed for gaming but the M1 chip can run most games at 1080P with reasonable frame rates. The in-game performance of Apple’s M1 GPU is similar to the GTX 1050 TI or Radeon RX 560 desktop GPUs.

After trying a number of games on the Mac Mini M1, I was quite surprised with the performance. Previously, Macs did not have the hardware for running video games besides very old titles. Most older Macs have Intel CPUs with integrated graphics and a discrete Radeon GPU which is only enough for video editing and other simple tasks. There were also some older Mac models with Nvidia Geforce GPUs, but those are no longer in production.

The bottom line was that Macs were never designed as gaming machines. If you want to play video games, you would need to buy a PC with a desktop GPU. Nowadays, with the M1 chip, you can get desktop-GPU tier gaming performance on Macs, which is very impressive.

Should You Get a Mac Mini M1 for Gaming?

If you’re primarily planning to play games, you shouldn’t buy the Mac Mini M1. While the performance is good, it’s not good enough for most modern games. However, you will be happy to know the Mac Mini M1 can manage quite a lot of games at reasonable frame rates.

So you want to know what kind of performance you can get when gaming on a Mac Mini M1. Here are some of the most popular games and the expected frame rates on the Mac Mini M1. The good news is the performance on the M1 chip is similar across the board, except for certain base Mac models that only have a 7-core GPU. The Mac Mini M1 has an 8-core GPU.

The Steam platform is compatible with Apple’s M1 chip but not every game in your Steam library will run. It’s up to the developers to optimize their games for the new architecture.

Without getting technical, Apple’s new M1 chip combines hardware into one chip that shares resources. The two main components of the M1 chip are the CPU and GPU, both of which have 8 cores. The RAM (8GB or 16 GB) is also included in the M1 chip.

There are also other features included too, such as neural network hardware, image signal processor, storage controllers, and others. The M1 chip boasts come crazy speeds. When compared to Intel models, the M1 offers 3.5x faster CPU performance and 6x faster graphics.

Even better, the M1 chip was designed to be as energy-efficient as possible. While the Mac Mini M1 does have a built-in fan, it rarely turns on because the temperatures are always below the trigger point. Another interesting fact is the Mac Mini M1 only has one fan.

What you need to know about playing games on the Mac Mini M1 is that not every game is optimized for the processor.

Some Games Require Emulators to Run

The M1 chip is built on ARM architecture, and not many games natively support ARM. Most Windows games will require an emulator such as Rosetta to run on an M1 Mac.

Most games are developed for Windows using a specific API, such as OpenGL or Vulkan. Mac has dropped support for OpenGL and other APIS a few years ago.

On another note, Mac has also dropped support for 32-bit applications. In other words, old-school games that were built with OpenGL and 32-bit, won’t work on a Mac without an emulator.

What About ARM Games?

There are quite a few games that were built on the ARM architecture and most of them run quite well on M1 chips. One notable mention would be World of Warcraft, which was one of the first games to receive day 1 support.

World of Warcraft runs very well on Mac Mini M1 and you can expect above 60 FPS at 1080P. Most games built with ARM will run well on Apple’s M1 chip while also consuming less power than on other machines. Another notable mention is Baldurs Gate 3 which just recently received M1 patch support and runs quite well.

For a list of M1-compatible games, visit Apple Gaming Wiki.

Bear in mind, the performance on emulators varies too, and developers often only optimize their games for specific emulators. It’s a little tricky to find an emulator that will deliver the best in-game performance on your favourite game.

Here are some of the popular emulators:

Most developers are patching their games to run on M1 chips or at least run well on emulators. One example of this would be CS GO, which was barely playable on the M1 Macs. Recently the game was patched and optimized for M1 and now you can easily reach 60 or more FPS at 1080P.

Most M1 Macs come in two versions; 8 GB or 16 GBs. The 8 GB version is about $200 cheaper than the 16 GB one. But is it worth investing a bit more money for the 16 GB version?  What you need to know about RAM on the M1 machines is that each stick is soldered onto the M1 board.

It’s also a different type of RAM that you’re used to, the M1 RAM is called LPDDR4 and clocked at about 4,266 Mhz. Previously you could buy an 8 GB version and then buy another RAM stick later on to upgrade, but now you can’t do that (unless you want to try soldering on new chips, which is possible but pointless).

Even though most apps will run fine with 8 GB of RAM, most people recommend the 16 GB version as a way to future proof your Mac Mini M1. Most benchmarks show an equal score between the M1 8 GB vs 16 GB versions. The only area where the 16 GB version shows an improvement is with video rendering at 8K or higher resolutions.

Long story short, for most casual users, the Mac Mini M1 8 GB is sufficient. However, if you want to squeeze as much performance out of the Mac Mini M1 as possible (and hold up for the long term) 16 GB of RAM is recommended. If you do choose the 8 GB version, be aware that some apps like Google Chrome tend to hog a lot of memory when many tabs are open.

To summarize, the Mac Mini M1 is not a gaming machine, but it can run a lot of games at decent frame rates and graphics settings. For casual gamers, it’s good enough, and a vast improvement over the gaming performance of previous Mac models.

Of course, don’t expect it to run the latest triple-A games at 60 FPS. The future of the M1 chip does seem bright, and new variations of the chip could take the graphics processing power even further. I know I’m excited to see where Apple will take the M1 chip in the future.

Have you tried gaming on the Mac Mini M1? Drop a comment with your experience!

Photo by Joey Banks on Unsplash 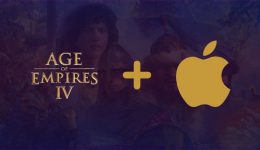 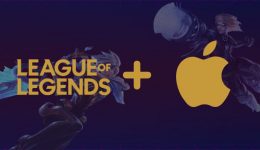 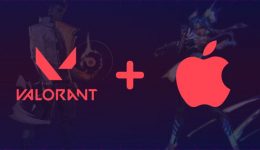 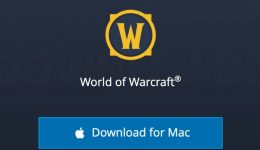 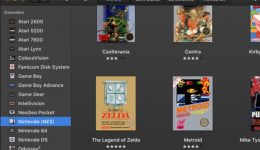 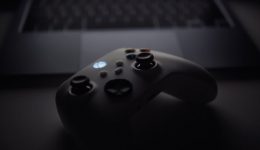 How To Find USB Connected Devices On Mac