So you have a DVD collection, but you noticed that your new Mac does not include a DVD drive or even a traditional USB port. How do you play DVDs on a Mac? What do you need?

When you’re done reading this article, you’ll know exactly how to watch DVDs on a Macbook that does not have a DVD drive. Don’t throw out that DVD collection!

How to Play DVDs on a Mac?

If you want to use the external DVD drive with a PC or laptop that has USB ports, you can buy a USB-C to USB-A physical adapter. Most external USB-C DVD drives will include the adapter for your convenience. 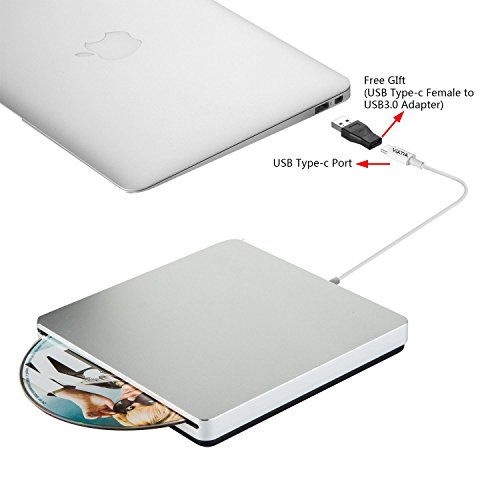 These drives should be plug and play, meaning you don’t need any software to use them. Just plug them into your Mac, pop in a DVD, and your Mac should automatically detect the media.

Most external drives support DVD burning too, but you should double-check the drive’s specifications to be sure.

Do You Need Software to Play DVDs on a Mac?

You usually do not need software to play DVDs on a Mac because the default apps should be able to open the media. The easiest app to use is called Apple DVD Player and it’s included in the Mac OS.

If Apple DVD Player cannot open the media, I suggest using VLC Media Player. VLC is available for Macs and supports all kinds of media formats, including Blu Ray files. VLC was recently optimized for the latest M1 Macs.

Generally, opening a DVD is not as complicated as opening a Blu-Ray on Macs. Most Macs natively support DVD files, and the default-free apps can open the movies with no problems.

How to Play Blu-Rays on Macs:

Bear in mind, Blu-Rays are not the same as DVDs, even though they look the same. For that reason, if you have Blu-Rays and DVDs, I recommend looking for an external drive that supports both types of discs.

Generally, Macbooks can open Blu-Rays if a Blu-Ray compatible drive is connected. The issue is Apple never really supported the Blu-Ray format, so you’ll likely need to use a third-party app to play the movie.

VLC should support regular Blu-Rays via an external Blu-Ray drive.

Playing Ultra HD Blu-Rays on a Mac is a bit tricky because you not only need an external USB UHD Blu-Ray drive but also the right software.

Most of the apps that can open UHD Blu-Ray media can’t open it directly from the drive. And some UHD Blu-Ray drives are only compatible with certain UHD discs. There are a couple of options.

To start, you could buy an external USB UHD Blu-Ray Drive. The drive should be able to read your UHD Blu-Rays but the problem is finding an app that can open the files.

You could try VLC Media Player again, but it might not be able to open copyrighted material.

Another option is to rip the UHD Blu-rays to your Mac using MakeMKV and HandBrake.

HandBrake compresses the MKV files without much quality loss, so you can save space on your hard drive. Remember, UHD movies can be quite large, most are between 50 – 60 GBs for one movie.

Once the UHD Blu-Ray is ripped, you can either run the file with a Blu-Ray app or copy it for playback on a different device. Some TVs can run 4K movies from a USB stick.

Buy a UHD Blu-Ray Player for Your TV:

If you have lots of UHD Blu-Rays lying around, a good option would be to buy a standalone UHD Blu-Ray player for your TV. It will save you the hassle of finding an app to open the Blu-Rays on your Mac, and the whole Blu-Ray burning operation.

Standalone UHD Blu-Ray players cost about the same as the USB versions. They’re also easier to use because you don’t need to worry about finding compatible software. The Panasonic DP-UB820-K UHD Player is a good option.

Don’t throw out that physical disc collection! With an external DVD or Blu-Ray drive, you can easily watch your collection of discs on your Mac. You can also consider burning the discs and keeping the files on an external hard drive. You can use an app like Plex to easily stream the movies over your local area network.

Generally, it’s a good idea to burn your physical discs to digital files because you can copy them or play them on a wide variety of devices, with no need for any disc drives. So those are a few ways to play DVDs on your Mac.

If you have any better ideas, drop a comment below!

How to Connect Mac to Projector (Wirelessly & HDMI)

How to Transfer Applications to New Mac Without Migration Assistant