With Universal Control introduced in iPadOS 15.4 and macOS Monterey 12.3, you now can control multiple Macs and iPads with a single trackpad or mouse and keyboard. In fact, this is the long-awaited feature, making it much easier to control any Apple devices nearby that are signed in to the same iCloud account.

However, getting it to work properly may not be straightforward for some folks. Some even are facing issues during their first-time use. With that in mind, we have rounded up all the possible solutions to fix Universal Control not working.

First, make sure your device is compatible

You are going to need iPadOS 15.4 on an iPad and macOS Monterey 12.3 on a Mac to get it to work. However, Universal Control is not compatible with all Apple devices out there.

According to Apple, the feature works on all MacBook laptops (2016 and later) and all iPad Pro models (2018 and later). Here is the full list:

If your device is compatible but the problem persists, then check if all your devices are now signed into the same iCloud account. During our test, the feature did not work on our devices signed into separate Apple ID accounts. So, this is a must-have requirement for it to work.

You can check which Apple ID account your Mac is signed into by heading to System Preferences > Apple ID and you should see your Apple ID. On your iPad, open Settings and hit the Apple ID banner at the top of the page.

According to Apple, Universal Control is designed to work with any iPads and Macs nearby as long as they are signed in to the same Apple ID account. This is plausible as you only can see the cursor on iPads and Macs if they are on the same desk.

In fact, we tried testing the feature on a Mac that’s placed on a desk in a bedroom and an iPad in a living room. The distance was about 50 feet. All devices are signed in to the same Apple ID account and connected to the same Wi-Fi network. The feature did not work but when we brought the iPad closer to the Mac, it worked like a charm.

Apple has not told what is the best distance for Universal Control to work. But we believe the working range should be within 30 feet (10 meters).

Is Handoff Turned On? 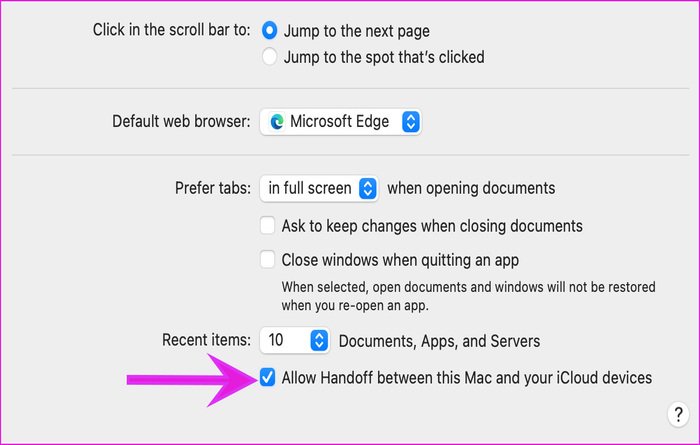 If the problem is still there, then make sure you have already turned on Handoff on all devices. On a Mac, go to System Preferences > General and check the box next to Allow Handoff between this Mac and your iCloud devices option at the bottom.

On your iPad, open Settings > AirPlay & Handoff and turn on the switch next to Handoff to turn it on.

Make sure Sidecar is turned off

Sidecar is a cool feature that lets you use your iPad as a secondary display for your Mac. On the surface, Sidecar and Universal Control are the same in some aspects, but they are two separate features, designed for different purposes.

If you are now using Sidecar to mirror your Mac’s display to an iPad, then Universal Control won’t work on that iPad. In this case, it’s a good idea to turn off Sidecar for Universal Control to work properly. To do this, head over to the Control Center on your Mac and then turn it off using the Display panel.

Make sure Reconnecting to a nearby device is turned on

For first-time use, you need to push the trackpad or mouse cursor to the edge of the display toward the other device to initiate the connection. After that, you can easily reconnect to any nearby device in another session, but this setting is not turned on by default.

You can easily turn on automatic reconnection on Mac by heading over to System Preferences > Displays > Display Settings > Advanced and ticking the box next to the “Automatically reconnect to any nearby Mac or iPad” and hitting Done to confirm your action.

Drag and Drop not working

You can easily drag and drop between two devices using Universal Control, but make sure that you open an app that’s compatible with your file type. For example, if you drag a photo from your Mac to a nearby iPad, open the Photos app on your iPad. If you want to drag a document from a Mac to an iPad, open the Files app on your iPad first.

Copy and Paste not working

Universal Control allows you to copy and paste text from a Mac to an iPad as long as it’s an app that supports text input. However, this feature is currently not working properly with apps like Safari. Apple is expected to issue a fix for the problem during its next update patch.

Check If  Universal Control is enabled On Mac 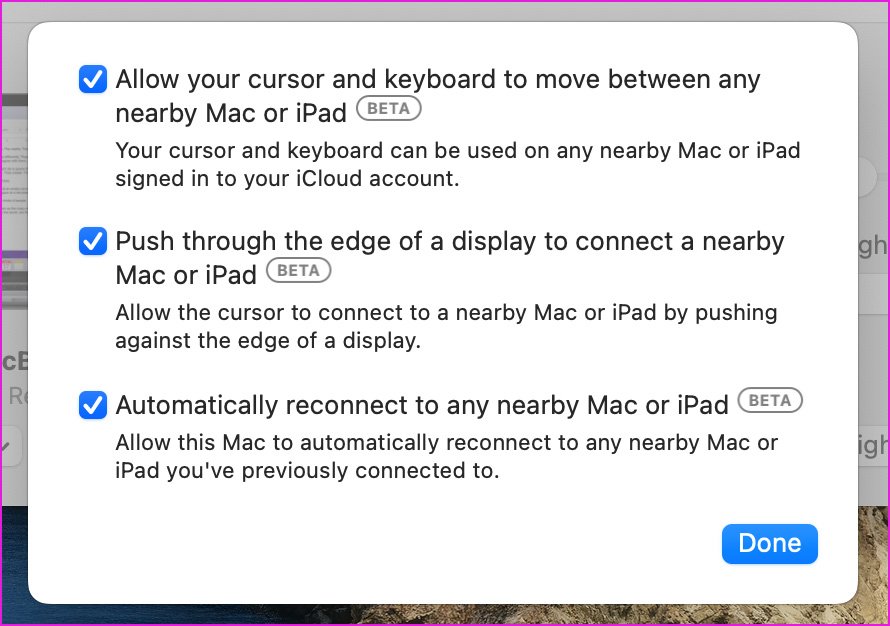 Why is my voicemail unavailable on my iPhone?