Apple iOS is insanely popular out there as it powers hundreds of millions of iPhone units. Apple has been improving its mobile operating system since release, making it better and smarter. At WWDC 2018 event, the Cupertino firm announced iOS 12, the next version of its mobile OS after months of anticipation. On the surface, iOS 12 might not be a significant update. But, when we look inside, there is a slew of new things, which is worth the upgrade. One of the biggest additions to iOS 12 is screen time, a handy feature that details how much time you are spending on your device or using your favorite apps. Besides, you can track which apps are sending you most notifications or set time limits for your apps. Screen time serves as Apple’s newest attempt to combat smartphone addiction.

Another new iOS 12 feature is group FaceTime, which is something that’s been demanded for years. With group FaceTime, you can join a session that includes up to 32 people at the same time. Your video window will get larger when you are speaking and shrink when you are not. However, group FaceTime was not ready until the release of iOS 12.1 update. In December 2018, Apple released the final build of iOS 12.1.2 update to compatible devices after months of beta testing. The new update includes the much-anticipated fix for a bug that prevents users from activating eSim on iPhone XS, XR, and XS Max. However, some problems still persist on iOS 12.1.2, which is why we are here to help.

In this guide, we have rounded up the most common iOS 12.1.2 issues and show you how to fix them. For some background, Apple announced iOS 12.1.3, but it is still in beta stages, which means there are still bugs and glitches. We recommend you stay with iOS 12.1.2 on your iPhone and iPad.

Connectivity issues are common when it comes to Apple’s iOS mobile operating system. Previously, a lot of iPhone owners in Turkey reported that their devices failed to connect to cellular networks. With iOS 12.1.2 update, the issue was addressed, but it seems that it still persists. 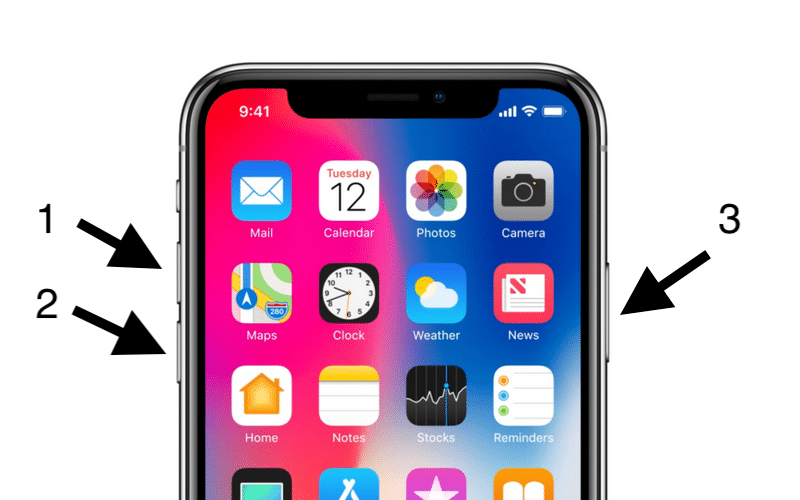 If you are struggling to deal with the issue, then the first solution is to reboot your device. Indeed, a reboot helps fix a number of iPhone issues like app crashes, frozen keyboard, or unresponsive touchscreen. In this case, it may do the trick. To do this, press the Volume Up, then release it. After that, press the Volume Down and release it. Now just simply press and hold down the Power/Lock button. Keep the button pressed until you see the Apple logo.

If the problem is still present, then reset your network settings. To do this, open Settings from your home screen, then select General and hit Reset. Now just simply tap Reset Network Settings. Following this method, your network settings go back to their default state, meaning that you need to set up the whole thing from scratch.

One of the best things when it comes to Apple devices lies in the iCloud backup. Specifically, you can quickly back up your iPhone or iPad using iCloud or iTunes. Doing so helps protect your data in case something goes wrong. However, there are times when your iCloud backups won’t work.

A lot of iPad owners have reported that they cannot set up their tablets from an iPhone iCloud backup. If you are one of those users who has been affected by the issue, then reboot your iPhone and set up the whole thing again. If the problem still persists, then set up your iPad manually.

However, a lot of iPhone XS owners are reporting that their iPhone is not charging properly. The first solution is to reboot your device and recharge it. If nothing is fixed, then make sure you plug in your iPhone. Keep doing that until you hear the charging chime. If the problem persists, go back to a more stable version.

Some users are reporting that their device batteries are draining rapidly. In reality, Apple iOS includes Battery Health, a handy feature that gives you a detailed picture of your battery’s health. From here, you can see which apps are draining your iPhone’s power and shut them down. To do this, open Settings > Battery > Show Detailed Usage > Last 7 Days.

A lot of iPhone owners have reported that some of their apps fail to work after updating to iOS 12.1.2. If you happen to sit in the group, then make sure your apps are up-to-date. To do this, open the App Store, then find your apps and update them. If the problem still persists, then we recommend you uninstall your apps and re-install them on your device.

These are the most common iOS 12.1.2 problems and how to fix them. Hopefully, our solutions work for you. If you have got any questions, share with us in the comments below.

Apple Watch Series 5: Everything we know so far

Best photo backup services for iPhone, iPad, and Mac you should know about