Apple recently released the HomePod mini, a new version of the original HomePod. At just $99, the new Apple speaker can actually compete with top brands in the speaker market like Google and Amazon. So, we’ve compared every feature between the HomePod Mini vs Amazon Echo vs Google Nest Audio, so you can find out which one is the best smart speaker for you.

At first sight, we can easily notice that the Nest and Echo are larger than the ‌HomePod mini. However, all three still share the same mesh fabric design. While the Nest Audio has a tall and flat design, the Echo and ‌HomePod mini‌ are designed in a round shape.

When it comes to controlling buttons, the ‌HomePod mini‌ has more advantages with its touch area at the top that supports touch gestures and lets you know when Siri is activated. Meanwhile, the Echo only features physical buttons, which are quite boring. And, the Nest Audio’s capacitive touch controls might take you some time to get used to.

Unfortunately, while both the Nest and Echo offer mute switches, there is no built-in microphone muting function on the new ‌HomePod. Additionally, the Echo has a 3.5mm headphone jack, which lacks on both the ‌HomePod mini and Google Nest. 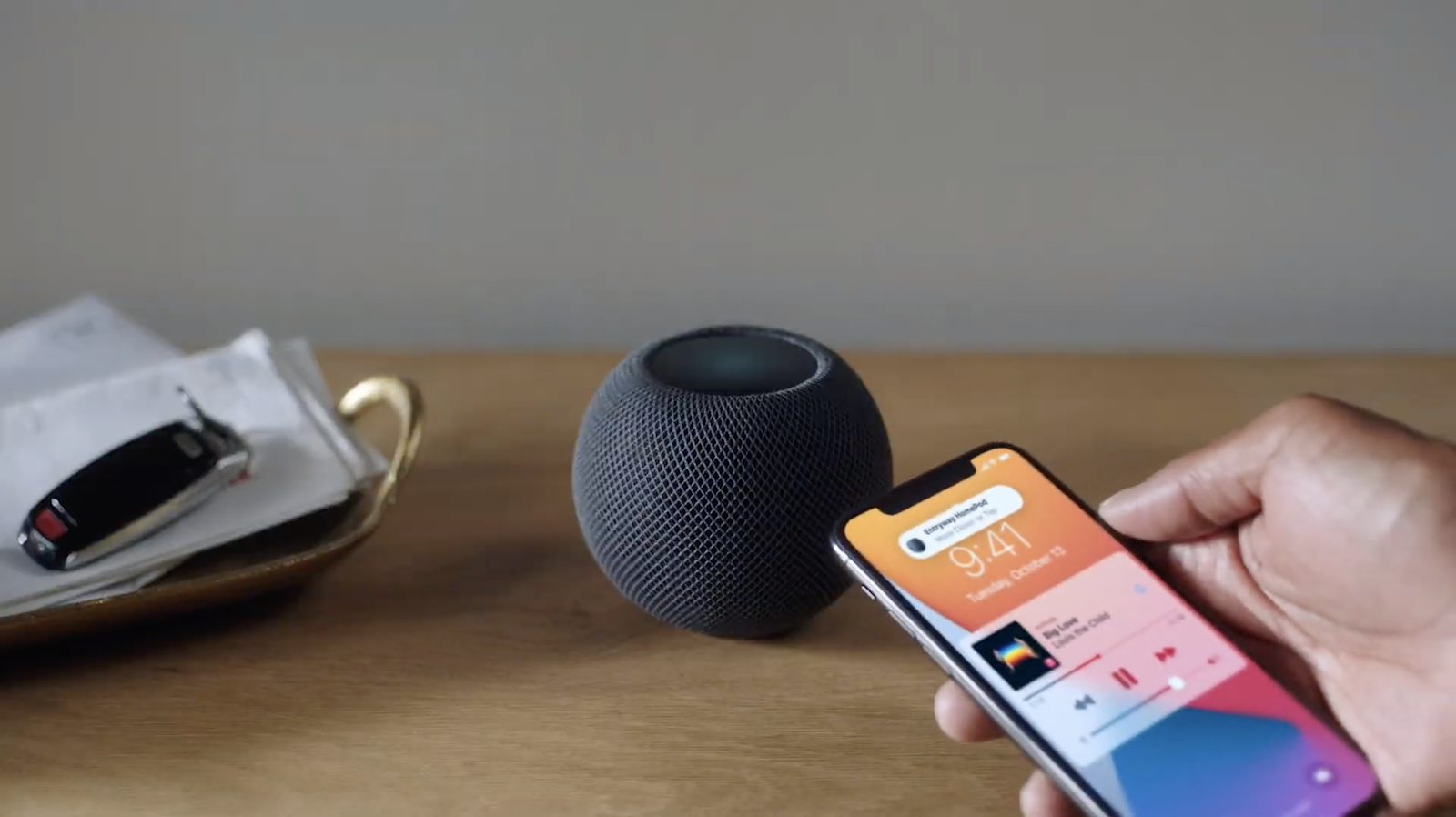 Here are details of the audio equipment inside each speaker:

At similar volumes, the ‌HomePod mini‌ has a more balanced sound with nothing blown out. On the other hand, the Echo and the Nest deliver more bass and can reach higher volumes due to their larger sizes.

Basically, the Nest Audio and Amazon Echo will beat the ‌HomePod mini‌ if you’re looking for a louder speaker because they can better fill the room. However, you can still ramp up the volume by pairing 2 ‌HomePod‌ minis together. Yet, that requires another $99 investment.

Being a mini speaker, the ‌HomePod clearly has a sound disadvantage here. But, we think the Apple speaker‌ isn’t too far off from the larger competitors. Honestly, its sound is still very impressive for such a tiny device.
Overall, as for sound quality, there is not too much difference in close-range listening.

In terms of battery power, the ‌HomePod mini ‌is the only one in the match-up that has a USB-C connector and a separate power adapter. Theoretically, that means you can use it everywhere as long as you have a battery pack by your side. Meanwhile, the other two also don’t come with a battery. Therefore, if you need a smart speaker that is suitable for you on the go, the HomePod+ mini is the only option here.

Virtual Assistant and Other Features

All of the speakers have their own virtual assistants: ‌Siri‌ (‌HomePod mini‌), Google Assistant (Nest Audio), and Alexa (Amazon Echo). And, here’s what you can do with this feature:

With the ‌HomePod mini‌, you are limited to controlling HomeKit-enabled devices using Siri voice command. Meanwhile, Alexa and Google Assistant can do more than ‌Siri‌ does. Both are not only better at answering queries but also can do a lot more tasks and include better support for third-party apps.

Alexa is particularly great for custom home automation workflows. On the other hand, ‌Siri‌ is the most privacy-focused of the bunch, which is totally worth considering. But, if you just want some basic smart functionality, though, any of the three speakers works well.

The Amazon Echo 4th works with almost all music services, including Apple Music and Spotify. And, the Nest Audio works with Spotify, YouTube Music, Pandora, and Deezer.

Meanwhile, the ‌HomePod mini‌ is designed to work with ‌Apple Music‌ primarily. Luckily, Apple has started to implement support for third-party music services. However, right now, the ‌HomePod only works with a third-party music app, which is Pandora. Not to mention other music services need to be streamed via AirPlay from an iOS device, which is a major drawback of Apple’s speakers.

As mentioned before, all three speakers are available at about the same price point Currently, only the Amazon Echo has seen a price reduction recently. We don’t expect to see a big price cut on the HomePod mini as it’s a brand new machine. And, there is no sight that buyers will benefit from a discount on the Google Nest Audio also. So, the Amazon Echo 4th is having an edge when it comes to pricing now.

Overall, these smart speakers are all fairly similar when it comes to sound and performance. Although the Google Nest and Amazon Echo are slightly better at long-range sound quality and music service support, only the HomePod mini can run without being plugged in a socket. Honestly, choosing between them mostly comes down to your personal preference.

So, if you now have Alexa-enabled devices, the Amazon Echo 4th is a better choice. Similarly, if you use Google Assistant, it makes sense to pick up a Nest Audio. If you are now tied to the Apple ecosystem, then the HomePod mini is really worth your shot.

Which smart speaker is the best for you? Let us know in the comments.