The Apple Watch has been out for a while now, and many people are still trying to figure out all of the quirks and features. For example, can you charge the watch without the magnetic charger? And if not, are there any other DIY options? This blog post will explore all of the different ways to charge your Apple Watch!

Can You Charge the Apple Watch Without a Magnetic Charger?

I’m sorry to be the bearer of bad news…

The only way to charge the latest Apple Watch models currently is by using a magnetic charger. If you don’t have access to a charger then you’re out of luck. The watch can only be charged with the magnetic charger that comes in the box or an equivalent (some options below).

The watch has a hidden port that Apple intended to be used for charging in earlier versions of the watch, but that doesn’t appear to be the case anymore. So unless someone comes up with an ingenious way to hack the watch and find a new way to charge it, your only option is to use the magnetic charger.

If you’re travelling and don’t have your charger with you, don’t worry! You can order one from Amazon Prime and have it delivered to your hotel room. That’s what I did, and the spare cable stays on my carry on suitcase, so I’m never without a charger.

Charging Port on Apple Watch: Hidden or Not?

The hidden six pin port on the Apple Watch was something that many users were curious about when the watch first came out. This is on the slot for the bottom band’s clasp. When a small cap is lifted, it reveals a six-pin port.

Some owners claim that this port on their Apple Watch can be used to charge it at a quicker rate. Originally, this port was intended to run diagnostics on the watch, but in 2015, some users discovered that it might be able to do more than that- it could even charge your watch faster.

This video shows where the secret charging port is located:

The Reserve Strap wanted to create the first battery band that would connect to this port and charge your phone on the move while also keeping your watch on your wrist.

Their tests also produced completed prototypes and showed that conductive charging via the diagnostic port had boosted the watch’s charge by 6% or 7%.

Apple quickly shut down the project, fearing it would damage their product. Not to speak about overheating and electrical hazards for the user. Apple doesn’t like it when people tamper with their devices and they don’t want customers doing so either.

But this still leaves the question of how to charge an apple watch without a magnetic charger- is there any way? Do you need a DIY option or can you buy one online?

Now that you know that there isn’t a secret charging port where you can connect an iPhone charging cable (that would be amazing) or a USB cable (even more awesome), that leaves you with two options: 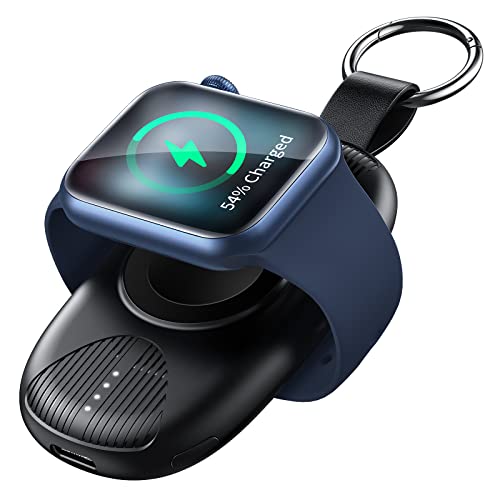 It’s a more convenient option than traditional cable, and it includes an USB connection that may be connected to your Mac or laptop, as well as anywhere there is an available USB outlet with electricity.

Most options available are very portable. They act as a keychain and are meant to be attached to your other keys or bag when you’re on the go. Some people might not want yet another thing dangling from their keys, however, if you are afraid of forgetting the charging cable at home, this is an excellent alternative option to have. 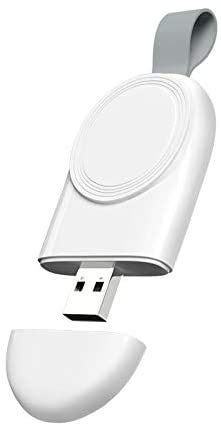 Answer: The Apple Watch does come with some charge, but it’s best to charge it up to 100% for the first time before using it. You can use the included magnetic charging cable to connect it to a power source.

Can I use my iPhone charger to charge my Apple Watch?

Answer: The part you plug into the wall that has a USB input: Yes.

The part that plugs into your iPhone: No. You will need to use the charger that came with your Apple Watch.

How do I charge my iPhone and Apple Watch at the same time?

Answer: Charging your iPhone and Apple Watch together is easy! Just place them on a stand or other surface that allows for Qi wireless charging. Then, an inductive charger will deliver power to both devices simultaneously.

You can purchase a stand that’s specifically designed for charging an iPhone and Apple Watch together. Or, any Qi-certified wireless charger should work fine. Be sure to check that the charger you have is compatible with both devices before use.

Photo by Daniel Korpai on Unsplash 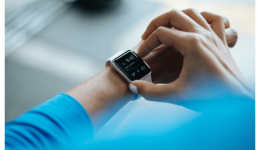