Apple Watch is the best smartwatch you can buy right now on the market. First debuted back in 2015, the Apple Watch quickly gained its popularity, with praise directed at its premium design and exciting features. The Apple Watch lineup has changed so much since then, featuring new things while retaining what we have always loved since day one. Last year, Apple announced the fourth generation Apple Watch after months of leaks and rumors. The Apple Watch Series 4 marks a significant change over its predecessors with new hardware, better health features, and a bigger screen. Indeed, Apple pushed the screen right to the edges while curving the corners of the Watch.

One of the biggest additions to the Apple Watch Series 4 lies in the ability to detect a fall. Indeed, the Watch now can detect if someone falls, which is ideal for people who might be prone to falling. When a fall occurs, a pop-up will ask if you are OK. If you don’t respond, it will send out an alert and automatically calls emergency services. Sources say that Apple has shipped more than 10 million Apple Watch 4 units since release. And the number is set to grow this year. In 2019, we are expecting to see the next generation Apple Watch. In reality, rumors regarding the Apple Watch Series have been around for months, hinting at the impressive features coming to the new Watch.

In this article, we have rounded up everything we know so far about Apple’s next-generation Apple Watch. For some background, the Apple Watch 4 now starts at $399 for the GPS-only version, while cellular model retails for $499.

Apple has its tradition of launching new smartwatches in September. Last year, the Apple Watch 4 made its debut at its annual September event, while the same schedule was applied to Series 3. We are expecting to see the next generation Apple Watch at this year’s WWDC event. In reality, Apple hardly unveils new hardware products at its WWDC event. In 2018, the Cupertino firm released new software updates to its iOS, macOS, and watchOS. However, we are hoping to see something new from Apple this year. Reports say that the new Apple Watch will see the light of day in June, with a public release scheduled for September.

When it comes to price, there is now no mention of Apple Watch’s pricing tiers. However, we believe that the price will see a slight increase this year due to premium components. Rumors say that the new Apple Watch will cost up to $599 for the basic model.

The Apple Watch works with a wide range of third-party apps, however, there is still something missing. Indeed, some popular apps out there like Instagram and Stack no longer support Apple Watch, which is a little bit disappointing. In reality, watchOS is a closed-source wearable operating system that values your privacy and security. However, one major drawback is that it lacks customization options. Apple has begun opening some aspects of its OS to third-party developers since the days of iOS 10, but we expect more.

Sources say that developers will be given the freedom to create their innovative apps for the next generation Apple Watch. Apple now dominates the smartwatch market with over 50 percent share. Indeed, the Cupertino firm shipped around 5 million Watch units during the third quarter of 2018. Sources add that there is not a specific competing wearable out there, but things will change this year as big names launch their new products. Samsung is expected to announce the next generation Gear smartwatch, while Fitbit has been working on a premium Watch.

In November, Spotify officially launched its own app for Apple Watch following months of beta testing. From now on, Spotify subscribers using an Apple Watch can control their music playback without the need for an iPhone nearby.

To do this, open the App Store on your Watch, then look for the Spotify app and hit the Install button. The Spotify app has been revamped to work properly with your Apple Watch. Indeed, you can use the Digital Crown button to adjust volume or you can check the time remaining for your tracks at the top left.

However, you cannot download albums or playlists directly to your Watch. Sources say that the next generation Apple Watch will include better support for Spotify and other popular music-streaming services out there.

Apple Watch is one of the best health and fitness devices on the market. Indeed, Apple adds new health features to its Watch every year. With Apple Watch 4, Apple introduced fall detection and ECG. However, the sleep tracking feature did not get a refresh. In reality, it has been part of Apple Watch since release, allowing users to get a detailed picture of their sleep. However, there are times when it becomes a cause of annoyance as it fails to work. We hope that Apple will improve its sleep tracking feature when the new Apple Watch comes out this year.

What do you think of the next generation Apple Watch? Let us know in the comments below. 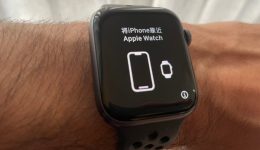 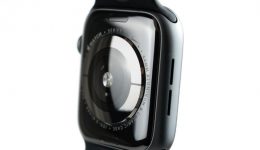 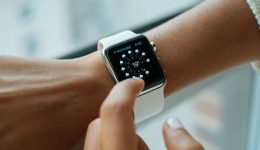 Apple iPad Pro 2019: Everything we know so far about the next tablet