Last year, Apple announced its new wireless earbuds, the AirPods 3 following months of speculation. The third-generation AirPods shares a large number of features with the higher-end AirPods Pro, which launched back in 2019, such as noise cancellation, water resistance, and spatial audio.

This leads to an immediate comparison between the two. In the section, we have put both the AirPods 3 and AirPods Pro in a side-by-side comparison to see which one is right for you.

Let’s start with the prices. Both earbuds do not come cheap on the market. The third-generation AirPods launched at $179 in the US, while the AirPods Pro retails for $249. That’s a $70 difference between the two.

The AirPods Pro have been on the market since 2019, so we can expect to grab some bargains on them. During the last year’s holiday shopping season, we saw some fantastic deals that brought them down to the price of the AirPods 3.

In short, the AirPods 3 are undoubtedly the winner in terms of price. But Apple’s third-gen AirPods have not seen a big drop in price since their launch day. Meanwhile, you might be able to grab the AirPods Pro at the same price on sales days.

The answer is Yes. They are similar in some ways such as the H1 chip, spatial audio, sweat and water resistance, and force sensors. We have made a list of all these identical features of the two earbuds below.

The AirPods and AirPods Pro share many cool features, but they are a lot of things that set them apart.

The third-generation AirPods feature the same design as their predecessors. In other ways, they hook into your ears and stay there until you pop one of them out of your ear. In contrast, the AirPods Pro has in-ear silicon tips that need to be pushed into your ear canal. This makes the Pro larger and heavier than the AirPods 3.

The silicon tips are interchangeable to provide a more comfortable fit into your ear canal, thus preventing one of them from falling off. The new design also enables Active Noise Cancellation and improved spatial audio.

Despite those improvements, I prefer the traditional design of the AirPods 3. The silicon tips on the Pro keep the earbuds firm and secure on my ears, but I do not like the fact that they go deeper than normal in my ear canal, which is occasionally annoying.

One of the biggest differences between the two devices is Active Noise Cancellation. In fact, the AirPods Pro features a built-in noise cancellation that significantly reduces the volume of outside noise. If you want to let the sound from the outside world go in, simply hold the force sensors on one of the earbuds to trigger Transparency mode.

The AirPods 3 does not feature active noise cancellation, but there is still a feature that’s known as passive noise isolation. Of course, you will not be getting the same level of noise reduction, but it works fine when compared to other wireless earbuds at the same price range.

Both devices work perfectly with iPhones, iPads, and Macs. Just open the lid with your AirPods inside and wait for the connection prompt to pop up on your device. The two earbuds include support for spatial audio with Dolby Atmos and dynamic head-tracking, while the H1 chip inside guarantees a seamless connection with your mobile devices.

When it comes to listening to music, both devices are great and you cannot tell the differences between the two in terms of sound quality. However, the AirPods offer a more immersive experience thanks to their active noise cancellation feature.

The AirPods Pro offer around 4.5 hours of listening time. That’s not much of a surprise as they feature a built-in Active Noise Cancellation, Transparency Mode, and spatial audio.

The AirPods Pro feature a built-on Conversation Boost that’s designed to help people with hearing difficulties. Basically, the feature uses beam-forming microphones to boost what the person in front of you is saying. This feature is exclusive to the AirPods Pro, but some rumors say that Apple might add new accessibility to the AirPods 3 this year.

Both the AirPods 3 and AirPods Pro are among the best wireless earbuds you can buy. The 3rd gen AirPods share many of the same features at a cheaper rate, such as spatial audio, water resistance, force sensors, and more. If you are a casual user with basic needs, the AirPods 3 should be your choice.

Conclusion: The AirPods Pro are still the better option if you are looking for a pair of earbuds with Active Noise Cancellation and good accessibility features. They were launched long ago, but they still pack a more powerful group of features than their predecessors. It’s worth the higher price.

What do you think? Do you own a pair of AirPods Pro? Let us know in the comments! 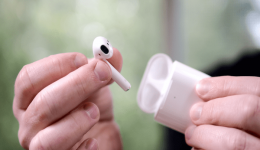 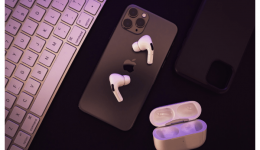 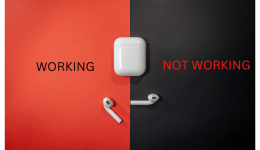 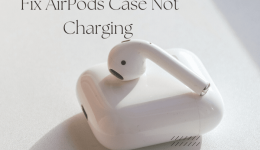 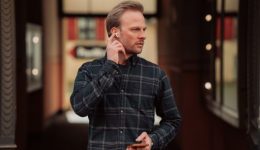 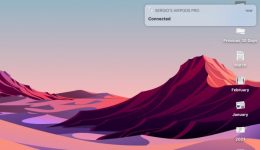 Do you need a screen protector for iPhone 13?